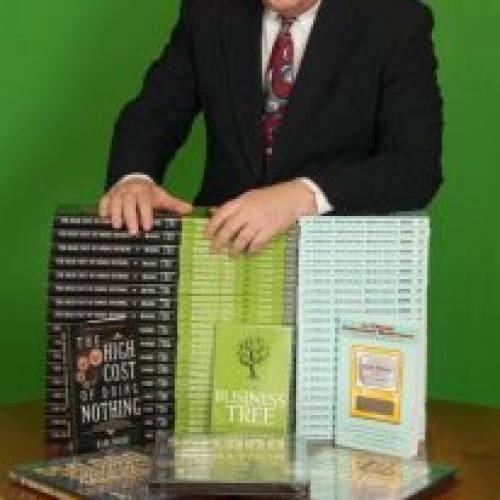 Keynote
Program
Hank Moore has conducted Ethics and Community Responsibility audits, plus Performance Reviews, for many corporations. Hank Moore is well-versed in speaking to audiences about non-profit, community stewardship and public causes. He has done so for 40 years, by virtue of advising 200+ non-profit, NGO and public sector organizations. In the business world, he is one of the leading gurus, as an adviser, author and speaker. He is one of the few business experts who is equally renowned for non-profit overviews and experiences. Hank Moore advised President George H.W. Bush in creating the Thousand Points of Light program. He advised the Anti-Defamation League of America, in the wake of shootings at a community center in California. He advised government agencies such as NASA, The Civil Rights Commission and the Environmental Protection Agency in shaping their strategic visions. He counseled the City of Littleton, CO, in the aftermath of shootings at Columbine High School and has mentored them ever since. He strategized taking Project GRAD (a school reform program) nationally and advised CARE International through a re-engineering process. He advised United Way following the Arimony scandal. Hank Moore's footprints are all over America. He won the Savvy Award as one of the city's leading citizens, Mayor's Volunteer of the Year Award, Dewar's Profile and Private Sector Initiatives Hall of Fame Award. He advised HPD in creating the Neighborhood Oriented Policing Program. He fostered the creation of LifeGift, The Houston READ Commission, the Barbara Bush Literacy Program, the Asian American Heritage Association and other non-profit entities. His case studies include advising Neighborhood Centers, Depelchin Children's Center, UNICEF, Hospice, SNAP, the Child Care Council, the YWCA, corporate daycare centers, CARE, Girl Scouts of America and the Houston Volunteer Lawyers Program. 20th Century business visionary Peter Drucker has called Hank Moore the "Peter Drucker of the 21st Century." Drucker termed Hank Moore's Business Tree™ as the most original business model of the past 40 years. Hank Moore is the highest level of business overview expert and is in that rarified circle of experts such as Peter Drucker, Tom Peters, Steven Covey, Peter Senge and W. Edwards Deming. He has appeared on Mastery Programs with Jay Abraham and Tony Robbins. Hank Moore has presented Think Tanks for five U.S. Presidents. He has spoken at five Economic Summits. Recently, he spoke and consulted with businesses in Kuwait, Brazil, London and The Netherlands. He speaks and advises companies about growth strategies, visioning, planning, executive-leadership development, futurism and the Big Picture issues which profoundly affect the business climate. Among the topics which he may address at our board retreat: * Non-Profit Agency Issues and Trends * How Non-profits Establish Organizational Vision * The Strategic Planning Process * Boardsmanship and Board Development * Refining Community Image * Stakeholders, Building Pockets of Support * The Future for Non-Profit Organizations